Following the long day of the election on 2nd May and patchy sleep to say the least, Friday 3rd May was a wonderful day at the District and Local election count. My own personal result was the best that I could have hoped for. Elected to represent Yeovil Without for District Council, Yeovil Lyde for Yeovil Town Council and also the Yeovil Without Parish Council too. The local results were superb too raising our majority to 22 on the District Council and retaining Yeovil Town Council.

Thanks go to everyone who supported me/us, with their votes, also to our support staff, the LD office, election agent, campaign manager, deliverers etc. and thank you also to those who manned the polling stations, counted the votes and declared the results in such an efficient manner.

It was sad that Paddy was absent (though he was there in our thoughts). It was great to see Jane Ashdown at the count though. As Yeovil Press so eloquently put it “There is no doubt whatsoever that he (Paddy) would be holding centre stage in the pub above the clouds and rejoicing at his party’s success and – if you close your eyes – you can picture him toasting victory with that infectious crinkly-eyed smile of his.”

He was certainly with me during the Election Day, knocking doors, with rosette plain for all to see, his advice ringing in my mind “don’t use a car, walk the area show your colours and be proud, let the people see you”. I did and I was…

To coin one of Paddy’s phrases (and change it slightly), ‘nearly’ everything you can see from Ham Hill is orange again (for District Council anyway). 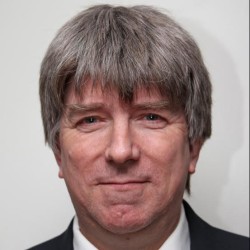